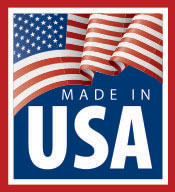 This is a block of text. Double-click this text to edit it.

Raising the Roof - in a new way

Raising the Roof -- in a new way

The idea of a Billings builder is poised to dramatically change the way building is done – at least the way in which trusses are set into place for roofs.

“I believe there will be a time when every contractor will be using TrussLox,” says the inventor, Steve Ventling, a veteran construction contractor who spent years trying to devise an easier and safer way to put set and secure trusses.

“We want to be the industry standard,” says his business partner, Cynthia Hert, about their new product and business, TrussLox, LLC. The process to that goal has been an intense focus on having the best quality in materials and production and an acceptance to suggestions for improvements from anyone.

“We have gone to great lengths to have the best quality tool we can manufacture,” said Ventling.

The core of the TrussLox building system is a simple-looking bar-like tool, which Ventling spent years devising, testing and designing and finally patenting. Along the way he engaged the assistance of a childhood friend, Cynthia Hert. “Cynthia has increased value in TrussLox at every step along the way,” said Ventling.

From the very beginning of his career in construction, Ventling knew that his industry needed a better way to evenly and accurately space trusses, and most importantly to safely place trusses. Dangling high in the air, trying to secure a spacing gadget of some sort, while keeping your balance and retaining a grip on everything, was not only obviously hazardous but expensive. Ventling’s solution not only does the job easier, more accurately and at less expense, but it recently won the Innovative Safety Program/Idea of the Year by the NAHB/Builders Mutual Insurance Company Safety Award for Excellence.

TrussLox enters a market where there hasn’t been any new developments in many years.

“The idea for a spreader bar developed out of necessity,” said Hert. The secret to being able to tap into that arena is Ventling’s experience in the business. The ideas had to come from someone who was actually involved, professionally, in the business, she explained. Ventling has been framing buildings since 1976.  Up until recently, he owned his own construction firm, High Plains Construction.

Always the standard process required at least three people, using hundreds of crude wooden spacers that had to be hand measured and cut and could only be used once, and could only be secured to the second truss with a worker suspended in space at the apex.

The TrussLox System offers a lightweight yet high impact truss bracing solution, that can be put up faster than any other system, in less time, creating savings in man hours and perhaps even expensive crane time – and most importantly, says Ventling, it is by far safer.

Made with a high impact resistant material, TrussLox provides built-in locking technology that safely and easily locks trusses 24” on-center every time.  The single durable brace is easily secured to a truss while it’s still on the ground. A crane or lift then hoists the truss onto the roof section where, once properly positioned, the spreader bar snaps into place onto the other truss (think of the latch on a typical farm gate that drops into place). And, voila, it’s done.

As simple as it sounds it was not a simple process to develop and design. Ventling went through numerous prototypes and adjustments that were often costly to make.

The most arduous and expensive process was in getting a patent. And, then it was only by the luckiest of breaks that they got the patent. Ventling had already gone through the process once, but with changes and the use of a different material, he had to go through it again.

Never a person to leave her fate to happenstance, Hert called the patent office to check on the status of the patent. Unbelievably the patent officer was at that very moment reviewing their application and on the verge of rejecting it. Hert asked him why? And, asked him to take a moment to watch a video they had just made demonstrating how it worked. Through the marvel of technology, she was able to send him the video on the spot and he was able to watch it while still on the phone with her.

Hert said she heard through the clicks on the phone that he watched the video a couple of times and then said, “Oh, I see, now.” He then advised her that they needed to reword the way the device was described in the application, and actually went on to provide the wording that they should use.

It was a fortuitous moment…but then frequently along the way there seems to have been many fortuitous moments, although their good fortune probably had more to do with Ventling’s and Hert’s perseverance in seeking out the best assistance and advisors they could find.

Bringing Hert into the business was one of those moves for Ventling.

It was Hert’s first suggestion, upon being introduced to his product that made Ventling realize that she could be a valuable asset. His prototype was made of metal and he was not happy that it was so heavy. It would be more versatile and useable if it were lighter. “I’m one of those guys who think with metal,” he said. So, to Ventling’s way of thinking, to be strong and durable, something has to be made of metal.

After he related his concern to Hert, she said simply, “Have the product injection molded.” There are, of course, very durable materials that Ventling had not considered.

Ventling goes on to say about Hert, she knows a lot about marketing and the agencies and programs available to assist businesses trying to bring new ideas to market. Her background as a former business owner made her well-aware of the value of getting the right people for the job.

For example, Hert has worked with Antoinette “Toni” Tease in Billings on another patent process. “Tease is the best patent attorney this side of the Mississippi, and we’re fortunate to have this level of talent in Montana!” said Hert.

Success in developing a workable prototype and in finding a manufacturer, developing a mold, etc. all came down to finding the right people who knew the GF20180416-8629.jpgright people. One of the most important people and programs in helping in initiating the manufacturing process was David Allard with the Montana Manufacturing Extension Center (MMEC) in Bozeman.

Also of great assistance in getting their product introduced to markets outside the US and finding the right connections to get distributors and wholesalers has been Angela DeYoung with the Montana Department of Commerce.

Finding the right people who had the right connections, has pulled them through what otherwise would have been a process fraught with timely and expensive trial and errors. Experiences that might have thwarted ever getting the product to market.

TrussLox has been on the market for over a year, now, to rave reviews from everyone using the system. The first group of potential customers they targeted were “guys who love tools.” People who are fascinated about every new innovation and new gadget that comes along are called “Early Adopters”. To get them introduced to a new product and to have them talking about it in social media and recommending it, is invaluable.

TrussLox has established some distributors and wholesalers and are developing more.

Introducing potential customers to the product at trade shows is a most effective means of establishing TrussLox, including trade shows in US and Canada.

They are also pursuing the next necessary steps to make their product saleable worldwide.

Strengthening their brand and forging into the development of new applications for the TrussLox is also a current undertaking. Already in the prototype stage is an economical brace system for pole-barns.

Billings will always remain their headquarters for TrussLox LLC, say the partners, both of whom were raised in Billings and have always called it home.

While they looked around for a manufacturer as close to home as possible, the one they found is actually located in Colorado, but they are particularly proud that their product is one hundred percent made in the USA.

The problems they encountered in the manufacturing process would have been insurmountable had they been trying to do it in China or some other country, said Hert. The experience convinced them there is no advantage to manufacturing elsewhere. Hert added that they have already encountered efforts by the Chinese to duplicate their product.

To would-be inventors and entrepreneurs, Ventling’s best advice is to know you have to stick with it through all the ups and downs and there will be ups and downs. It’s not a good idea that is of such great value – people are always coming up with good ideas – the value is in the determination of seeing it through to fruition. It takes perseverance to see it through to the very end – and “not giving up at the 99th yard line.”

Read the full article:  Raising the Roof -- in a new way

Get A Quote
Testimonials
Contractors and builders love TrussLox, check out these real world examples and what people are saying about their experience!
FAQ
Have a Question? Check out our frequently asked questions, where you’ll find answers to common questions about TrussLox.
Contact Us
Interested in learning more about TrussLox? Call us or send us a message and we'll do our best to help you.
100 Day Dream Home Brian & Mika Kleinschmidt Read More
Raising the Roof - in a new way Read More
LBM Journal featured TrussLox within their Hot Products for 2019 Read More